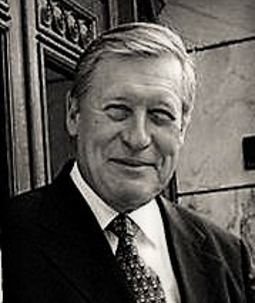 Emeritus President of the Supreme Administrative Court of Finland

Pekka Hallberg, LL. D. and D. Soc. Sc., is Emeritus President of the Supreme Administrative Court of Finland. Prior to this function (1993-2012), he performed law-drafting duties at the Ministry of Justice, worked as a researcher and judge as well as a university professor in administrative law. He has directed the preparation of constitutional reforms and other legislative projects. He is the author of numerous titles in the fields of constitutional law, legal remedies, municipal law and environmental law, and has also published writings on other issues of interest for society. Of his books and articles many have been published in several languages. Pekka Hallberg has participated in international judicial cooperation. He has been a board member of the Association of the Councils of State and Supreme Administrative Jurisdictions of the European Union (ACA), and 2000-2002 also its president, as well as a board member of the International Association of Supreme Administrative jurisdictions (IASAJ/AIHJA) since its establishment in 1983 until 2012. During the last few years he has led the research unit the Rule of Law Finland (ROLFI), which is connected with a network of legal professionals on international as well as national level.