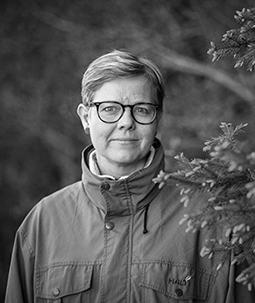 Krista Mikkonen was appointed as Finland’s Minister of the Environment and Climate Change in June 2019. Prior to taking her present position she has been acting as the Chair of the Green Parliamentary Group during 2016 -2019 and as the Deputy Party Leader of the Finnish Green Party during 2011-2015. She has been a member of the Parliament since 2015. Her focus in politics is in particular on the environment, biodiversity, education and equality, and on combatting poverty.

During her political career she has been active in her hometown Joensuu since the late 1990s. These duties have included e.g. memberships at the Joensuu City Council and at the Council of the Association of Finnish Local and Regional Authorities. She has acted as a board member in the Regional Council of North Karelia and at the North Karelian Joint Municipal Authority for Education since 2017 and at the Karelian University of Applied Sciences during 2005-2017. She has also work experience from the environmental and waste management sectors. Minister Mikkonen has a Master of Science degree in Biology.